Kumera has a long and succesfull history in the marine gearboxes business. Our main products have been the Controllable Pitch Propeller (CPP) gearboxes, where a hydraulic actuator built into the gearbox will control the pitch of the propeller through a push rod, positioned inside the propeller shaft.

Also the hybrid propulsion solutions are a major part of the current business. For such systems, the propulsion gearbox has two input/drive shafts, allowing the combination of different power sources, such as diesel engines, electric motors and gas engines to propel the vessel. The two power sources can be used individually, or in combination (boost), resulting in a number of different propulsion modes. Combining such gearboxes with e.g. batteries, environmentally friendly, low fuel consumption solutions can be found. 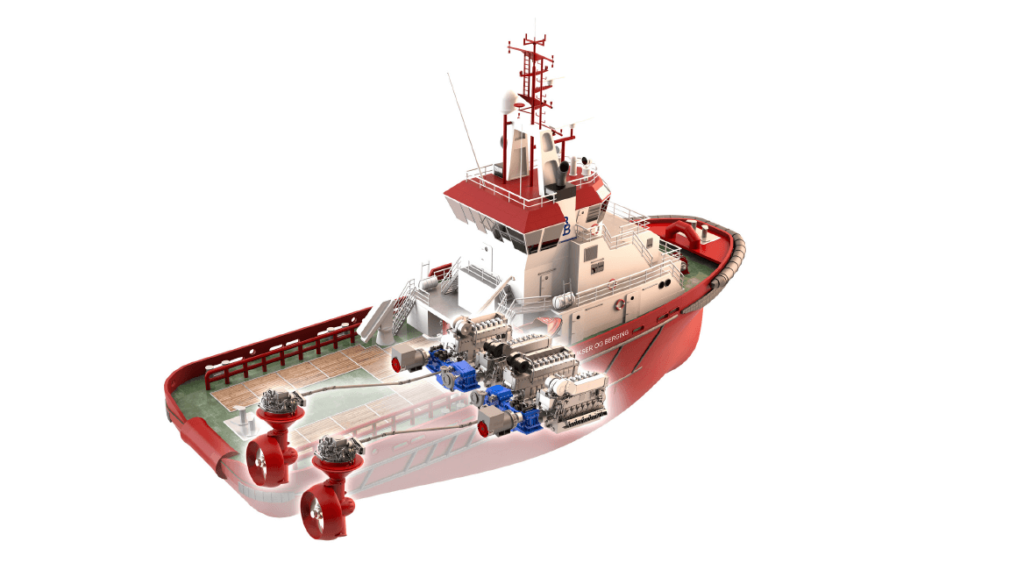 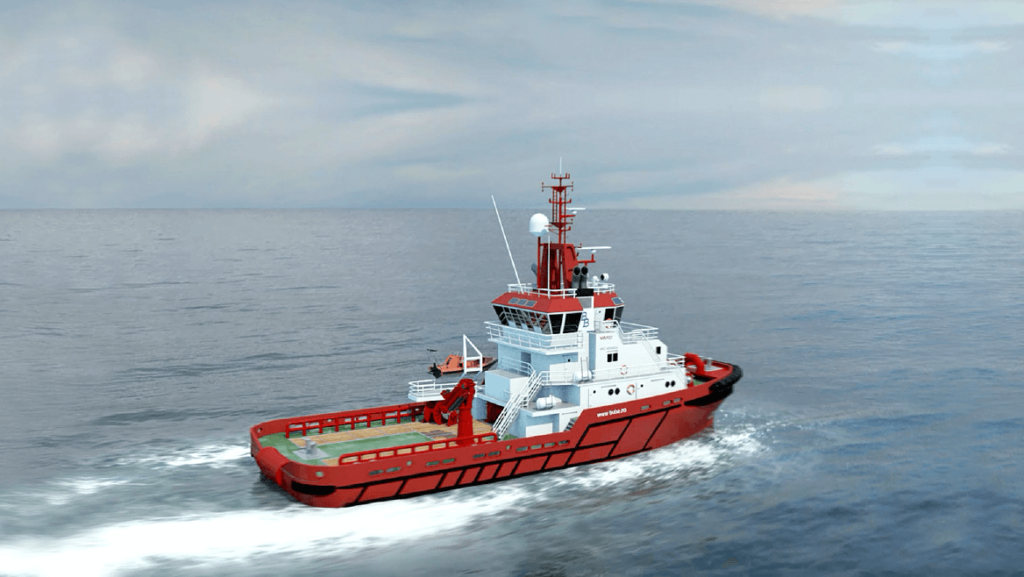 With a hybrid gearbox, two in-shafts will be available, e.g. two different powers sources will drive the intended application, either separately, or simultaneously.

Most Kumera hybrid gearboxes are utilized for, hybrid vessel propulsion, representing a key enabler when configuring a hybrid propulsion line. The most advanced solution delivered so far was for the vessel BB Power:

A typical hybrid application today is utilizing one diesel engine, and one electric motor, often including a battery pack. The electric motor can also be of a type which can be used as a generator, allowing the battery package to be charged underway.

Using batteries, the vessel can have a pure electrical mode, resulting in no emissions, in turn creating a more pleasant work environment on deck, at the same time protecting the environment.

However, for a hybrid gearbox, all types of power sources can be used, i.e. diesel, electric, LNG, etc., and they can also be the same type of power sources. For instance, for the BB Power tug shown above, a combination of two diesel engines were used for each gearbox, in a father-and-son configuration. 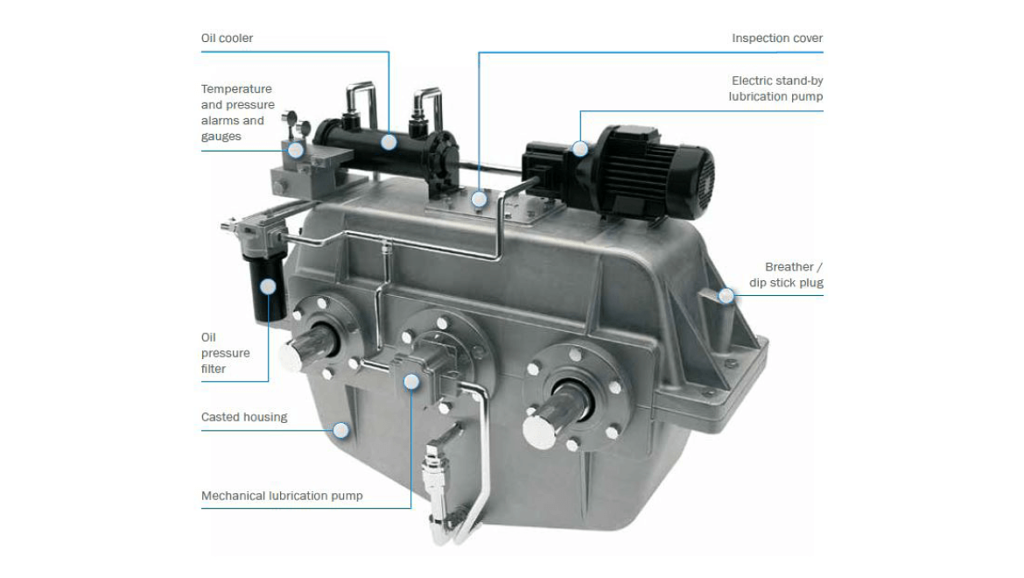 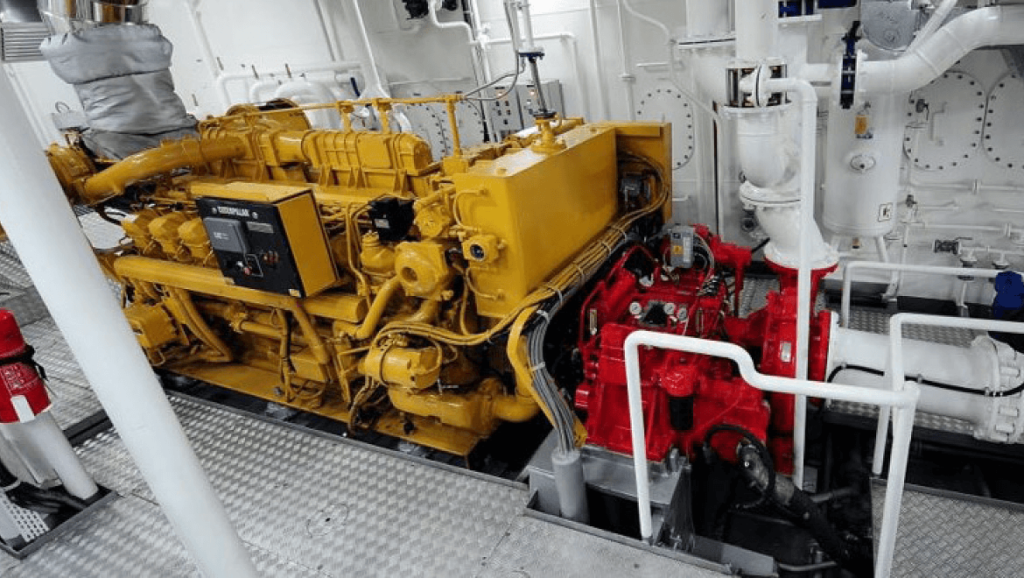 Front-end gearboxes are, as opposed to propulsion gearboxes, position in front of the main engine, connected to the engines Power-Take-Off (PTO).

Using a Kumera front-end gearbox will allow running several auxiliary systems in a very reliable, cost-effective way, with a compact installation of the equipment. 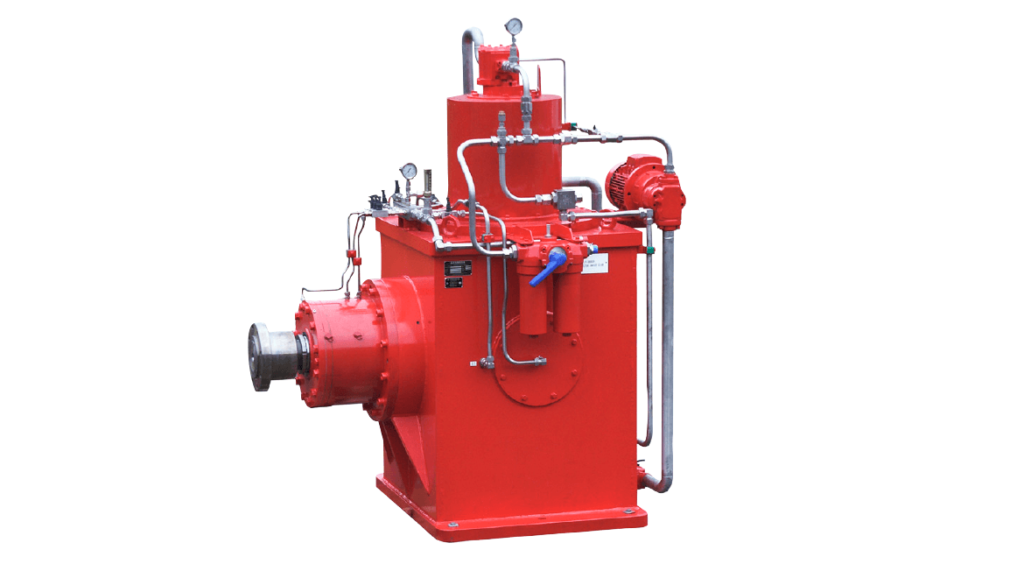 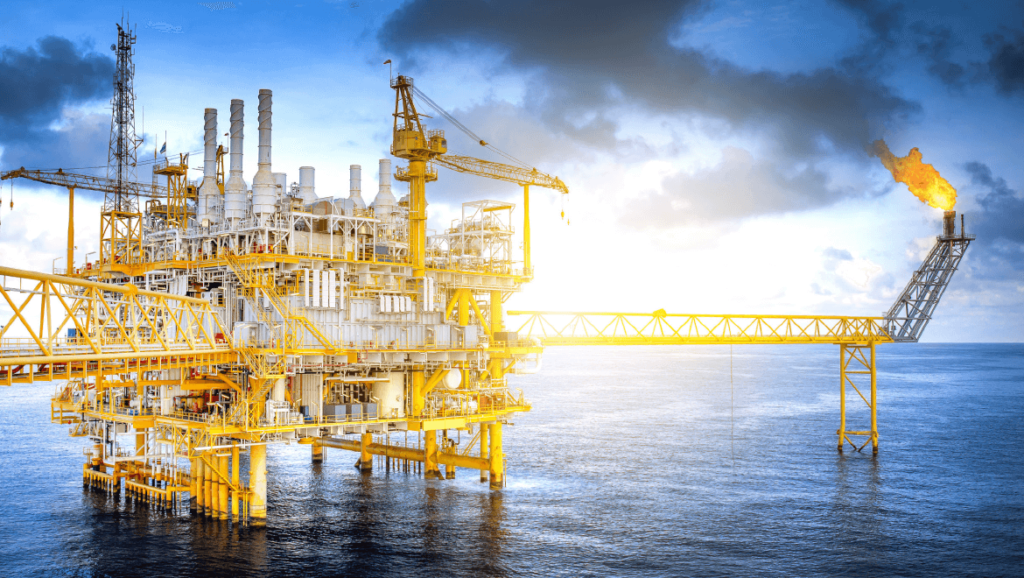 Kumera is a well-know manufacturer of fire pump gearboxes for offshore installations. The pump itself is typically positioned 30-50 meters down from the platform deck, below the sea surface. Traditionally the Kumera bevel gearboxes are used for this application. They are designed with a hollow output shaft in order to connect the water pump drive shaft effectively to the gearbox. 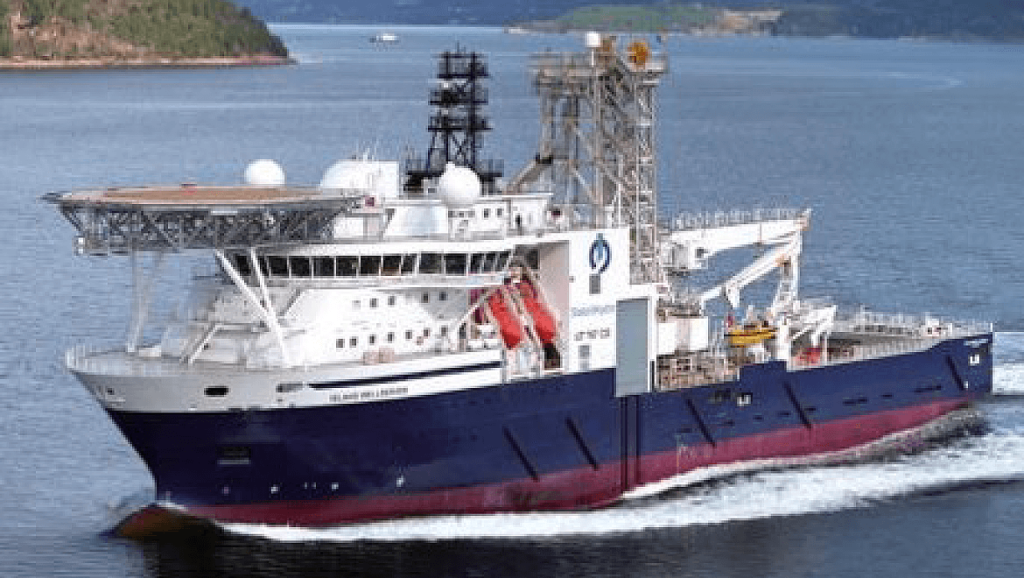 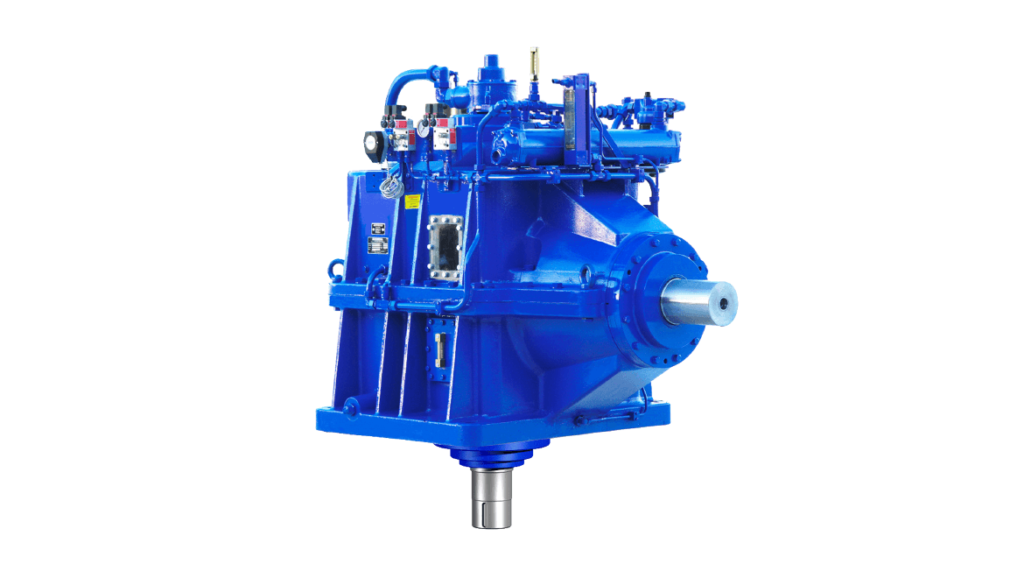 The Kumera bow thurster gearboxes used for this application represent a robust and cost-efficient design. The application is widely used in marine vessels.

We at Kumera are happy to serve customers world-wide. Kindly do not hesitate to contact us in any gearbox related issues.